A Beautiful Day in the Neighborhood

For about three days over the Thanksgiving break, I thought about Mr. Rogers. Actually, I obsessed over him—couldn’t get him off of my mind.

It all started when I read a remembrance in homage to the new Tom Hanks movie “A Beautiful Day in the Neighborhood”. I had forgotten Mr. Rogers wrote all of the scripts and songs for “Mr. Rogers’ Neighborhood,” not to mention creating and performing all of the puppets and their voices. Or that he was an accomplished classical and jazz pianist. I did remember he was a Presbyterian minister, but not that his ordaining pastor charged him with his television show as his ministry.

Then, I read a review of the movie itself describing that it’s not really a biopic or even so much about the TV show as about Fred Rogers’ collection of misfit toys he befriended, prayed for, and remembered over the years, including a journalist for Esquire in the 1990s.

Then, we went to see the movie. Whatever the professional critics have said, I’ll tell you: Go see it. It’s warm, funny, sad, comforting, guilt-inducing, God-honoring, and just a little bit maddening. Most of all, it explains the power of nearly 40 years of “Mr. Rogers’ Neighborhood,” because it authentically reveals (with some fictional license) who Fred Rogers was and what made him tick.

Then, I read the 1998 cover article Tom Junod wrote about Rogers for Esquire on which the movie is mostly based. After days and days of following the children’s television celebrity around in Pittsburgh and New York, Junod draws one of several simple conclusions: Mr. Rogers thought about children all of the time. It was his spiritual discipline. He cared deeply—anguished—about helping children to understand their emotions, to celebrate or accept the joys and tragedies of ordinary life, and to live and love with clarity and empathy.

So, after more than half of a week of humming “It’s A Beautiful Day in the Neighborhood” and “It’s You I Like” and “What Do You Do With the Mad That You Feel?” while I brushed my teeth and cooked dinner and ran Thanksgiving week errands, I tried to boil down why I felt so taken with the PBS maestro after all these years.

I think it comes down to this: though he hated being called a saint and his personal theology was probably more liberal than mine, he acted more like Jesus in public and private than maybe anyone in our lifetime—at least anyone on television. Jesus beckoned children to him and upbraided the adults who assumed that the Messiah wouldn’t have time for childhood.

In Matthew 19, Jesus is battling Pharisees on the sticky, legal topic of divorce. He’s also conducting one of the weightier conversations recorded in the Gospels with a rich young man who thinks he can work his way into eternal life. Sandwiched in between these two heavy topics, Jesus encounters children, whose parents have brought them to Him for a traditional blessing. Based on His rebuke of His disciples, you get the feeling Jesus was the first person—the perfect model—to think about children all of the time. He didn't allow the importance of His mission to stop Him from taking opportunity to see and love the children, to model to those around Him how very important they are.

So, in these, the busiest weeks of every school year, let’s pay attention to the children. As parents, let’s be careful not to replace genuine attention and affection with battery-operated stuff. As teachers, let’s not allow the racing from recess to rehearsals to programs to parties to exams obscure opportunities to foster joy. More than anything, let’s not forget to tell them what Mr. Rogers, like Jesus, told generations of pint-sized viewers every day: “It’s you I like.” 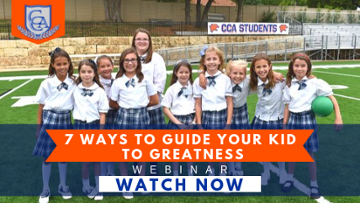 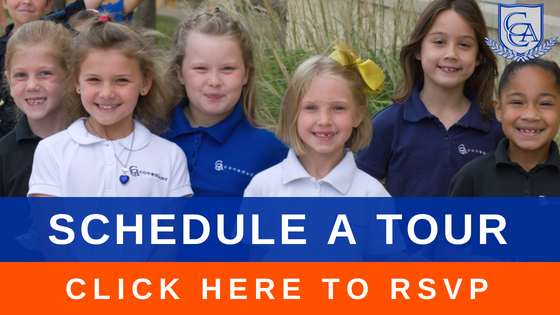