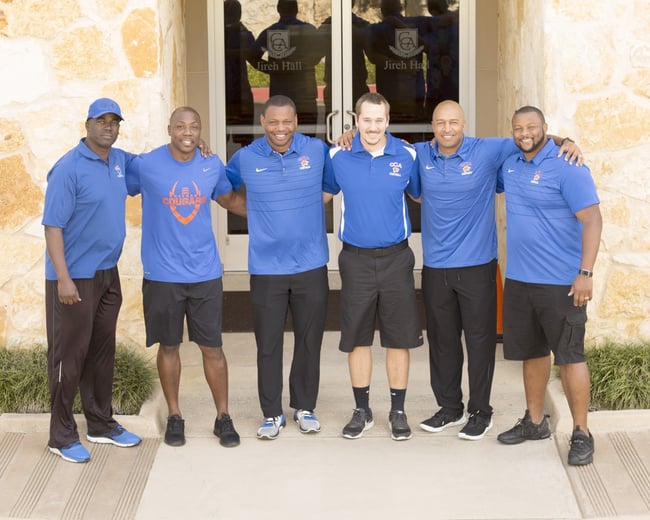 "A life is not important except the impact it has on other lives."

With a group of coaches that are professional athletes, you might think it is all about the X's and O's. To this special group of men, however, it is about making a difference in the lives of young men.

Having former professional athletes as a coach has a profound impact on the players. The boys know these coaches have done hard things while playing at the professional level. This builds trust and causes the players to carefully consider what the coaches are saying. Vernon Wells, former MLB player and CCA’s offensive coordinator and quarterback coach, says, “There is a comfort level for the players to know the coaches have been through it all the way to the highest level. The boys will pay more attention to detail knowing that.”

The coaches are also able to give personal insight to the players about the world of football. Correll Buckhalter, former NFL player and CCA’s running game coordinator and running back coach, says, “We are able to share the good and bad about football - that it is not all glitz and glamour. The players are able to take advantage of the years of professional training we have.”

These coaches have the player’s attention and want to teach them things that go way beyond the football field. Tank Reed, former NFL player and CCA’s defensive and offensive line coach, desires for the boys to learn how to “trust the Lord, obey their parents, to be a Christian on and off the field, to not be easily influenced, and to work hard.”

Eric Anderson, former defensive back at TCU and CCA’s head football coach, chooses to coach because he wants to make an impact.

“My goal is to invest in these boys lives to make a difference beyond the field. On the field, our goal is to get to state, but my real state championship is when I see players come back later as strong husbands and dads.”

The bottom line of this dream team of high school coaches is not just about winning on the field. They are motivated by helping these boys grow into men who win at life.

They are using their platform and experience to make an impact. 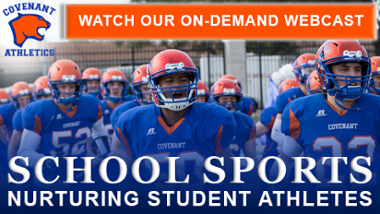